Something is desperately wrong with the animal feed industry – it is very ill indeed.

Our horses might happily eat the mass produced food we put in their buckets but there are dire warnings that the ingredients might be seriously harmful to their health.

Unlike food for human consumption, the food we give our animals seems to have little (if any) regulation and, according to Dr Debbie Carley, weedkiller residues are getting into feed in vast amounts.

Dr Carley, who began making her own feeds after her horses became desperately ill, said residues have increased because glyphosate (the main ingredient in most weedkiller) came out of patent 15 years ago and became cheaper. Now, many farmers use it not only to kill weeds but also to desiccate, or dry out, their crops a week before harvesting. 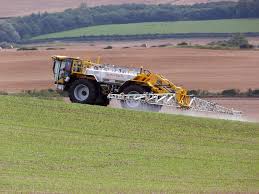 This must affect human as well as animal feed but our wheat flour is at least made from the kernel of the grain. The nutritionally low outer husk with its scandalous burden of chemicals is given to the animals as pelleted wheatfeed and oatfeed and is one the main ingredients of many horse feeds. The straw is used for bedding – bedding that most animals like to eat. Or it might be nutritionally enhanced and end up in your horse’s bucket where it really doesn’t belong.

You might think this doesn’t matter. You might say, ‘My horse is fine.’ But think again. Has your horse suffered from laminitis? Cushings? Colic? Is there some intermittent lameness that you can’t explain? Some unevenness, tenderness by his tummy on the right hand side or difficulty picking up his right hind leg? Is your horse itchy? One of the potential causes might surprise you – just as Dr Carley’s heart-rending story shocked her audience this week at a hall near Guildford, Surrey.

She had a small stud in Wiltshire where she successfully bred Welsh Section D horses. But then she got a job at the Wellcome Trust in Cambridge and moved to Norfolk. The herd came with her to their new home surrounded by some of the most productive arable land in Britain. Land that was intensively farmed…and sprayed. Her own land was also sprayed as it was poor and full of ragwort. Within months all 16 horses became ill. The mares became infertile. They lost a lot of weight, many were uncomfortable, some were laminitic and some appeared to have the long, wiry coat that came with Cushing’s, a dysfunction of the pituitary gland. Tests were carried out but no vet was able to say what was wrong.

‘We were desperate,’ she said. ‘I thought all of them might have to be put to sleep.’

I hope she will forgive me saying this but I’m glad this scenario happened to her and not me. Dr Carley is a research scientist. She didn’t give up on her desperately sick herd but started on the long path of investigation convinced that as 16 horses were affected ‘the cause had to be some external problem.’ She wanted to know what she was feeding her horses so she had it analysed. She wasn’t impressed as it didn’t contain much goodness and worryingly it was laced with chemical residues. She started making her own feed using organic ingredients where possible.

It’s a testament to her skills as a neighbour that she persuaded nearby farmers to alert her if they were spraying their land so she could bring the horses inside and shut all their stable doors. She also managed to convince them not to spray close to their borders with her. Even now, if this alert-system fails two of her mares will suffer a laminitic attack after neighbouring farmers have sprayed their land.

The changes wrought over a number of years gradually had an effect; the horses recovered and Dr Carley set up a small feed company called Thunderbrooks supplying natural feeds to horse owners.

What does she say to people who think glyphosate doesn’t harm humans and animals? It was tested, it’s used all over the world and so surely it’s fine.

Her scientific reasoning convinced me. You see, glyphosate is harmful to plants. It also has a detrimental effect on bacteria. Humans, as well as horses and other animals, are predominantly made up of bacteria, she says. Their guts are full of bacteria – good and bad. And that is why it does us no good to be eating the stuff!

Dr Carley is probably one of quietest whistleblowers you could meet. She carefully doesn’t name feed manufacturers or their products. She doesn’t get angry about farmers or pharmaceutical companies even though I can feel my own anger bubbling as she relates her story. She’s the Erin Brockovich of the horse world with exposure and scandal on the tip of her tongue.

Think about it. We buy a bag of horse feed hoping it will do what it says on the tin – namely, feed our horses. If these feeds fail to give nutrition, even worse, if they cause harm, it’s a scandal. Please spread the word as something filthy is going on…

Care about horses? Then follow this campaigning blog and buy the books! My novel The First Vet is based on one of our very-first vets who amazingly proved that horse shoes deform and cripple the animals we love. His work

was suppressed…until recently. Horse lovers, book lovers are buying it and sharing it. It’s a

story of love and corruption, full of real history.  Reviewers have described it as ‘brave, witty and romantic.’ The First Vet is on Amazon – UK. Amazon – US – £6.99 for the paperback and £2.24 on Kindle. And just published – A Barefoot Journey – a small-but-perfectly formed account of my fight to go barefoot in which I battle with the farrier, cope with derision from other riders and save a horse from slaughter. Mistakes, falls and triumphs are recorded against the background of a divided equine world which was defending the tradition of shoeing…with prosecutions. Also on Amazon UK and Amazon US. Only £2.84 paperback. 99p for the Kindle edition.

As always, thank you for your support for this blog and my books. Let me have your comments and stories as I love to hear from you all.

28 thoughts on “Beware of the Bucket”